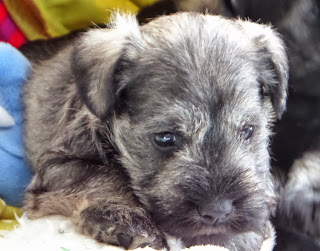 I don't know if you will remember my little boy Maverick when he looked like this 5 months ago - well he has grown up to be a very fine young dog and on Sunday his new peeps took him to Driffield Championship Show at Wetherby - his very first time in a show ring. And this is how he looks now: 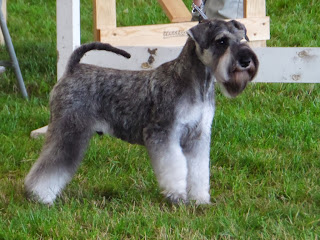 Checking out what was going on in the outdoor ring.

Judith & Leigh went along too to support Maverick and his family and cheer him on. It was quite a scary time for everyone as they all wanted so much for him to do well after all the hard work his peeps had put in over the past few months taking him to ring craft classes and getting him used to being examined by a judge and how to walk for the assessment. Of course he is still a baby really - only 6 months old and it was such a big, noisy show with so much going on but he walked round smartly and stood still when he needed to: 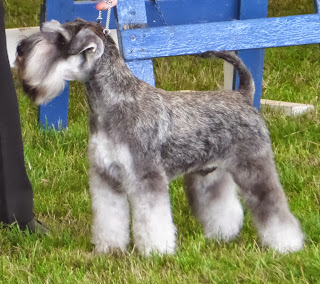 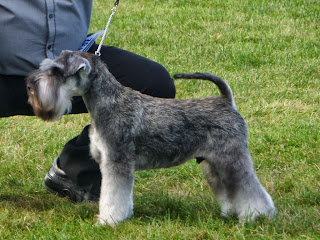 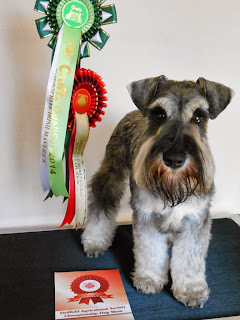 And here he is back home in this lovely photograph (taken by his peeps) posing with his 1st place card and 2 rosettes. The green one shows that he has qualified to compete at Crufts next year - we are so proud of him and thanks to all the hard work by his peeps and the groomer Steve who got him looking his best on the day :-) I think there were some tears from the peeps but Maverick was just happy he had done well and is looking forward to more fun in the show ring to come!