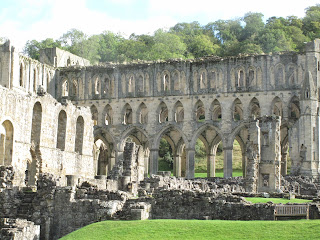 A couple of weeks ago Judith and Leigh took me and Aoife on a day out to Rievaulx Abbey. Like Fountains Abbey it is pretty much ruined but still very fine to explore and we dogs were allowed to wander round on lead too :-) 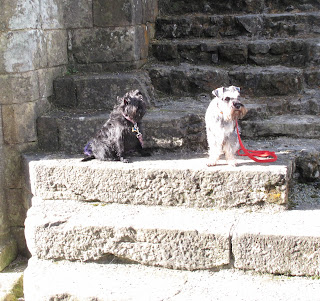 Here we are on the steps. It was so bright and sunny we were all lit up! 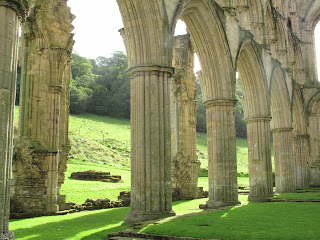 As well as the ruins there was a little camp set up by members of a historical re-enactment society. They were all dressed up like people from the Middle Ages - cooking, playing music and chopping wood. Here are some photos: 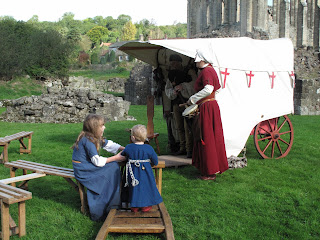 This man and woman were playing old musical instruments and singing for the children. 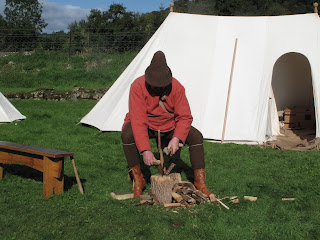 This man was busy chopping sticks for the fire. 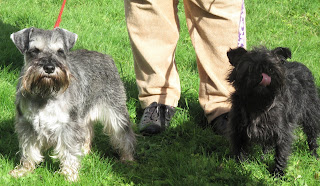 I think Aoife could smell the dinner cooking! 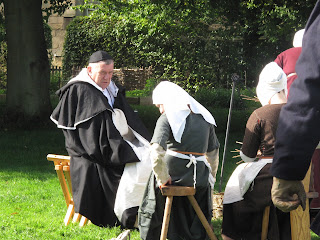 These people were chatting and weaving baskets. 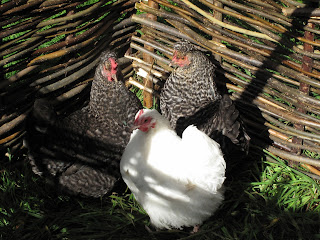 We even found some more hens! 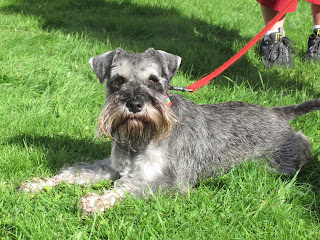 There was so much happening I took a chance for a rest and to watch what was going on. 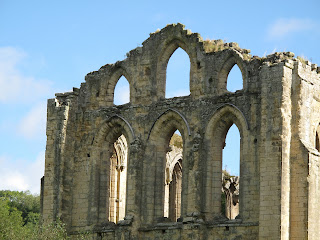 That was a good day out and I would go back to Rievaulx Abbey again if we have a sunny day!
Posted by Moth at 03:48