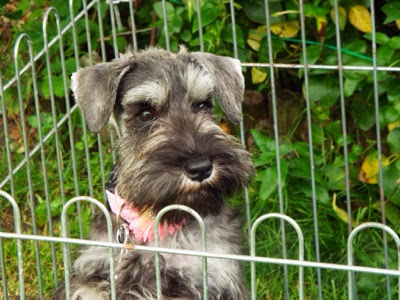 This is young Pip wanting to know what's going on.....well on Sunday our peeps and all of us dogs were invited to a very special Garden Party raising money for COFEPOW ( which is Children of Far East Prisoners of War). Most of the dogs there were affenpinschers from all over Britain but there were all sorts of others too. We were free to roam the garden while the peeps ate the foodables and chatted. 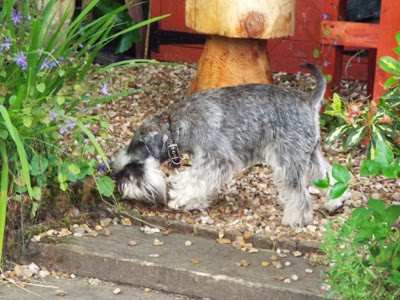 Here I am having a good furtle round to check any pee-mail before I headed off to see the foodables and help to clear up any crumbs that might have fallen. 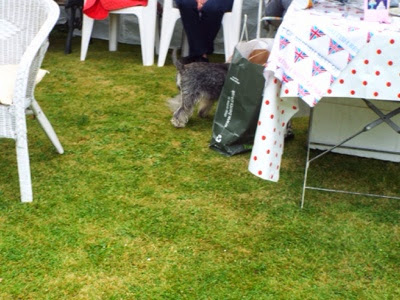 Anyhow as well as the munching there was a fun dog show and we each went in for one of the classes. Pip got 4th place in Best Puppy: 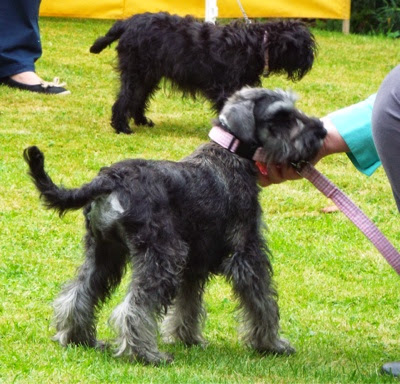 And then I was chosen as Prettiest Bitch :-)
After the dog classes there was a fancy dress competition and me and Pip stayed to watch as Trilby, Crybbe, Aoife & Saoirse all got their costumes on. Judith had spent a few evenings working on these and they did look rather smart :-) 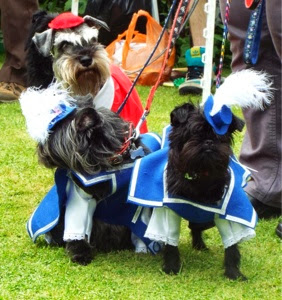 Can you guess who they were? Trilby was Cardinal Richelieu..... 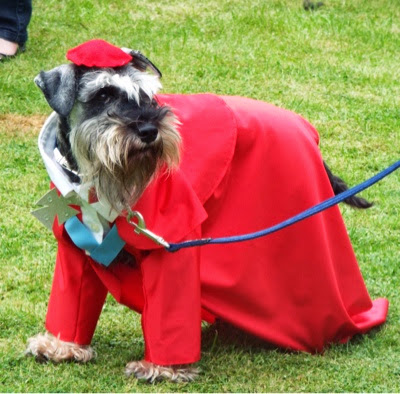 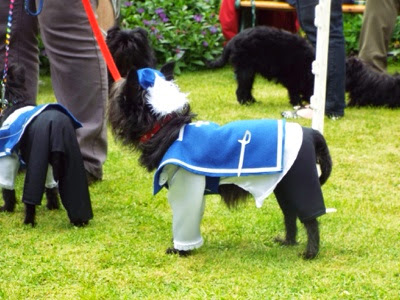 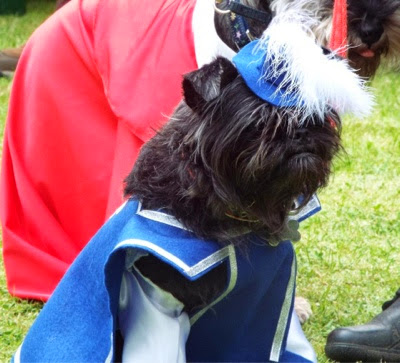 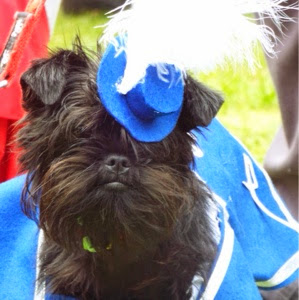 Of course Saoirse was being a real little monkey and kept taking off her trousers and wanted to wear her hat at a jaunty angle but everyone loved them and they won First Prize! The competition had been strong though: 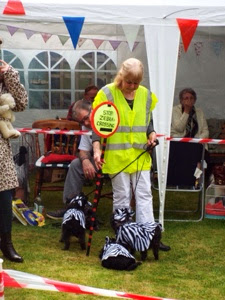 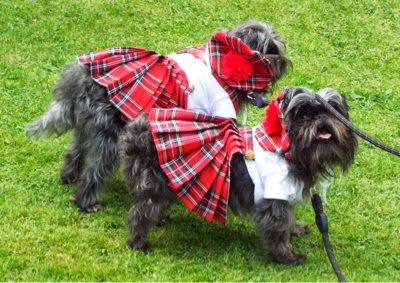 The Hairy Maclarys - who are Babs and Bodsie from the same house in Scotland
where our Crybbe was born :-) 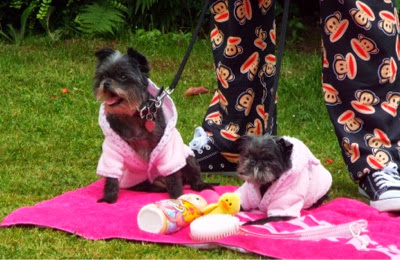 And two little film stars from AffieFilms - Cassie and Pippa :-)
After the Fancy Dress there was a last line up of all the dogs who had won a class for the judge to pick Best in Show........and guess who won?..... It was me!!!!! 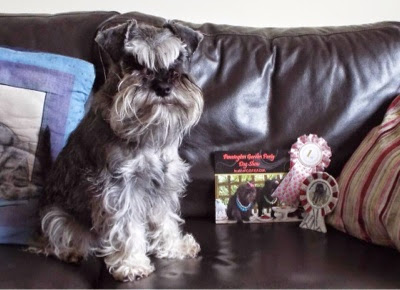 My peeps were more surprised than I was but very proud and we got a beautiful trophy to take home too. 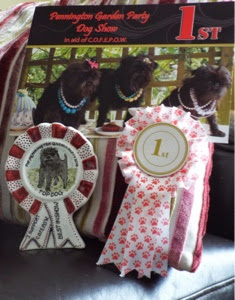 This was such a fun day and all the dogs and peeps said they had enjoyed themselves very much. Judith and Leigh got to meet some Facebook friends for the first time like Babs and Bodsie and their peeps and Cassie and Pippa the affen divas with their peeps......and it didn't rain :-) 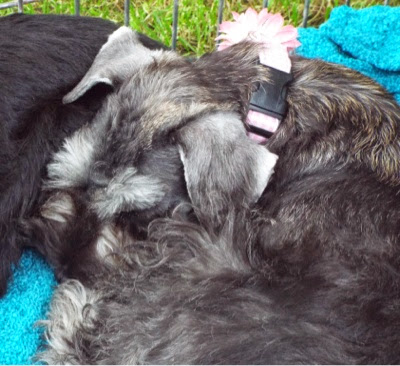 We were all very tired though with all the excitement and Pip fell asleep before we got home.
Posted by Moth at 06:50